A subsidiary of Dawson Furs Ltd

Producers of premium grade pet food manufactured from highly nutritional New Zealand Possum in both raw and pellet form to enhance the health of your dog. 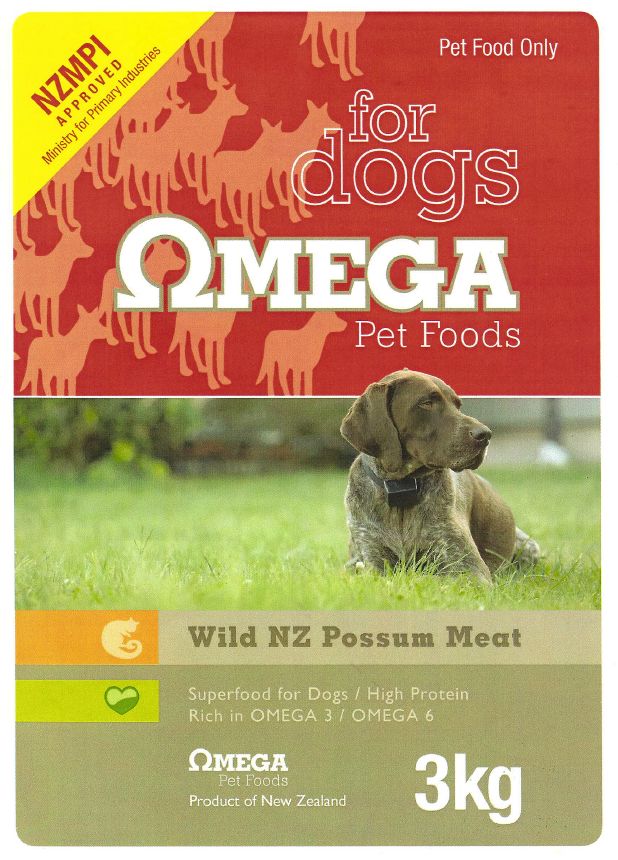 New Zealand’s only possum meat dog biscuits.
Laboratory tested to contain higher omegas that other meats including beef, lamb and chicken, resulting in ultimate health benefits, especially skin health.
This possum is sourced from one of the most pollutant-free forests in the world. Guranteed preservative-free
Formulated to AFFCO standard, as a full feeding program for dogs.

Petfood for Dogs and Cats

Locally sourced and made from:

Contact us using our enquiry form or check out our Agents.

Unique Nutrient Profile:
Possums in the wild eat a variety of leaves, fresh shoots, fruits and grasses. Their meat is eaten by people in New Zealand and Asia and is quite dark in colour with a ‘gamier’ flavour. Possum meat was found to possess an unusually high level of Omega 3 and 6 unsaturated fatty acids. Independent tests confirmed that possum meat contains the highest level of fatty acids compared to the most common sources of meat for pet food. 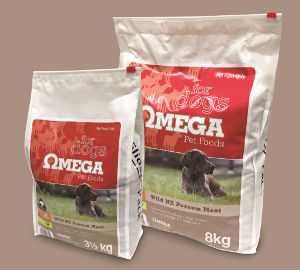 The Brush-tailed Possum [Trichosurus vulpecula] is a marsupial or pouched mammal. A native of Australia, the possum was introduced into New Zealand between 1837 and 1840 to establish a fur industry.
Possums are commonly found in the forests of New Zealand – their natural habitat. With no predators, the possum population has exploded to inordinate proportions.

Wild possums consume copious amounts of foliage from leaves to shoots. They are in sufficient numbers (purportedly 70 million) to cause significant damage to the bush environment.

The New Zealand Government spends millions of dollars each year to reduce the possum population as part of its conservation program, but with limited success.

Although possums have been traditionally harvested for their fur, until recently no serious attempts had been made to legitimise the development of a fully fledged possum industry.

Today, the Wildenz Research & Development Centre has found a way of utilising the possum in accordance with the principles of ecological sustainable development. Its meat is recognised as a valuable resource for the pet food industry. This initiative is not only the world’s first but, is also to be applauded because of its responsible approach to conservation of New Zealand’s forests.

Why we use Grain

It wasn’t until the mid-1800s that the world saw its first food made specifically for dogs. An American electrician, James Spratt concocted the first dog treat. Living in London at the time, he witnessed dogs around a shipyard eating scraps of discarded biscuits. Shortly thereafter he introduced his dog food, made up of wheat meals, vegetables and meat. By 189d production had begun in the United States and became known as “Spratt’s Patent Limited”.

In later years, dog biscuit was sometimes treated as synonymous with dog food, the first three prize winners at the late coursing meeting at Great Bend were trained on Spratt’s Patent Dog Biscuit. This same dog food won no less than three awards, including a gold medal, at the Exposition in Paris which has just closed.

It would seem that the decision of the judges is more than backed up by the result in the kennel. Another good dog food is that manufactured by Austin & Graves, of Boston. ley, too, seem to be meeting with great success in their line.

Canned horse meat was introduced in the United States under the .Ken-L Ration brand after WWI as a means to dispose of deceased horses. The 1930s saw the introduction of canned cat food and dry meat-meal dog food by the Gaines Food Co. By the time WWII ended, pet food sales had reached $200 million. In the 1950s Sprat’s became part of General Mills. For companies such as Nabisco, Quaker Oats, and General Foods, pet food represented an opportunity to market by-products as a profitable source of income.

A number of common human foods and household ingestibles are toxic to dogs, including chocolate solids (theobromine poisoning), onion and garlic (thiosulfate, sulfoxide or disulfide poisoning), grapes – and raisins, macadamia nuts, as well as various plants and other potentially ingested materials.

Green tomatoes should be avoided in a dog’s diet because they contain tomatine, which is harmful to dogs. As the tomato ripens and turns red the tomatine disappears, and the tomato become safe for the dog to eat. The tomato plant itself is toxic.

Certain ingredients in dog food are known to be a key cause of allergies. A popular belief among pet owners is that wheat and soybeans are a leading cause of dog allergies, however many studies backed by veterinarians have failed to show wheat and soybeans as major sources of allergies, and in fact blame the meat protein for most allergies: beef, chicken, lamb, etc. A number of “grain free” dog foods are available that claim to alleviate such allergies in dogs, however given the current research that true wheat/gamin allergy is rare in dogs, these diets are seen as controversial, gimmicky, or unnecessary by veterinarians.

After the 2007 recall, many new diets came on the market differentiating themselves as grain or carb free to offer the consumer an alternative to the norm, claiming carbohydrates in pet foods to be fillers with little or no nutritional value. This is simply not true, carbohydrates in dog food contribute approximately 3.5 kcals of energy per gram, the same as protein per the modified Atwater method of calculating metabolizable energy. These diets and misconceptions have created a trend toward grain free or law carb diets that is not necessarily backed by any science or research. In fact, a recent study published in Nature suggests that domestic dogs are adapted for metabolizing carbohydrates.